by The Band Named Crow 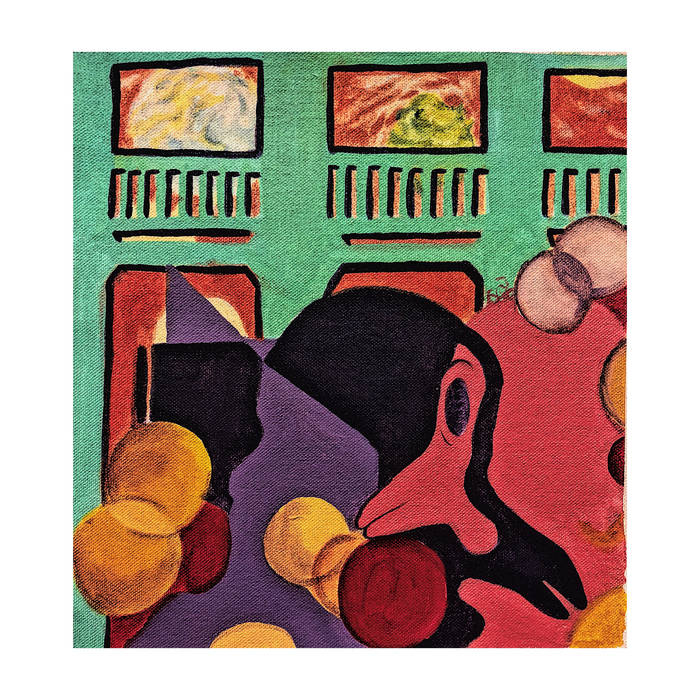 It is impossible to separate the works of Haruki Murakami from Japan, and the alienated post-war malaise that festered through Japan’s rebuilding, boom times, and then its stagnation. Many of Murakami’s works, from Hear the Wind Sing to Norwegian Wood to the book that inspired these pieces, 1Q84, look back in Japan’s history to comment on where it is now. 1Q84, released over three volumes in Japan but condensed into one large tome when translated into English, is as daunting and austere as it is playful and confounding. Released between 2009 and 2010, the book is set in Tokyo in 1984, though a 1984 slowly bleeding into a bizarre surreality that the protagonist Aomame begins referring to as 1Q84 (The Japanese word for 9 being “kyu”). The gorgeous works “Two Moons and a Mercury Lamp” and “Ayumi”, showcase the dissonant duality of the novel’s tone, mirroring the parallel universes that are the focus of the book. “Two Moons and a Mercury Lamp” shows the novel’s tenderness, mysticism, and surprising faith and hope for the future; “Ayumi” shows the novel’s bleakness, pessimism and fixation on sexual violence. Though the title inevitably brings to mind George Orwell’s 1984, Orwell’s novel warns of a potential dystopia. In 1Q84, Murakami is showing us the dystopia Japan lived through -- after 1984 Japan saw rising unemployment, a disaffected generation left behind by the new economy, a stunningly violent terrorist attack by the cult Aum Shinrikyo, and over a decade of no economic growth. The words Murakami wrote in 1Q84 are beautiful, contradictory, and enthralling, and the music of The Band Named Crow is as well.
- Nicholas Tristan

Endless thanks and love to the McCarrolls, Carragh Erhardt, Azania Rashida & Nicholas Tristan

Bandcamp Daily  your guide to the world of Bandcamp

Cannibal Corpse's George "Corpsegrinder" Fisher stops by for an interview